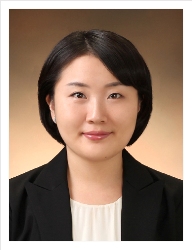 Kuyoun Chung is Assistant professor of Department of Political Science at the Kangwon National University, Republic of Korea. She has served as a member of the policy advisory committee of the Ministry of Unification, Ministry of Foreign Affairs, Korea Institute of Nuclear Non-proliferation and Control, as well as the National Unification Advisory Council. Her research focuses on American foreign policy and Indo-pacific security issues. Previously, she was a lecturer in the Department of Political Science at the University of California, Los Angeles(2011-2012), visiting professor at the Korea National Diplomatic Academy (2014-2015), policy advisor to the Vice President to the Presidential Committee for Unification Preparation (2015), research fellow at the Korea Institute for National Unification (2015-2018).).